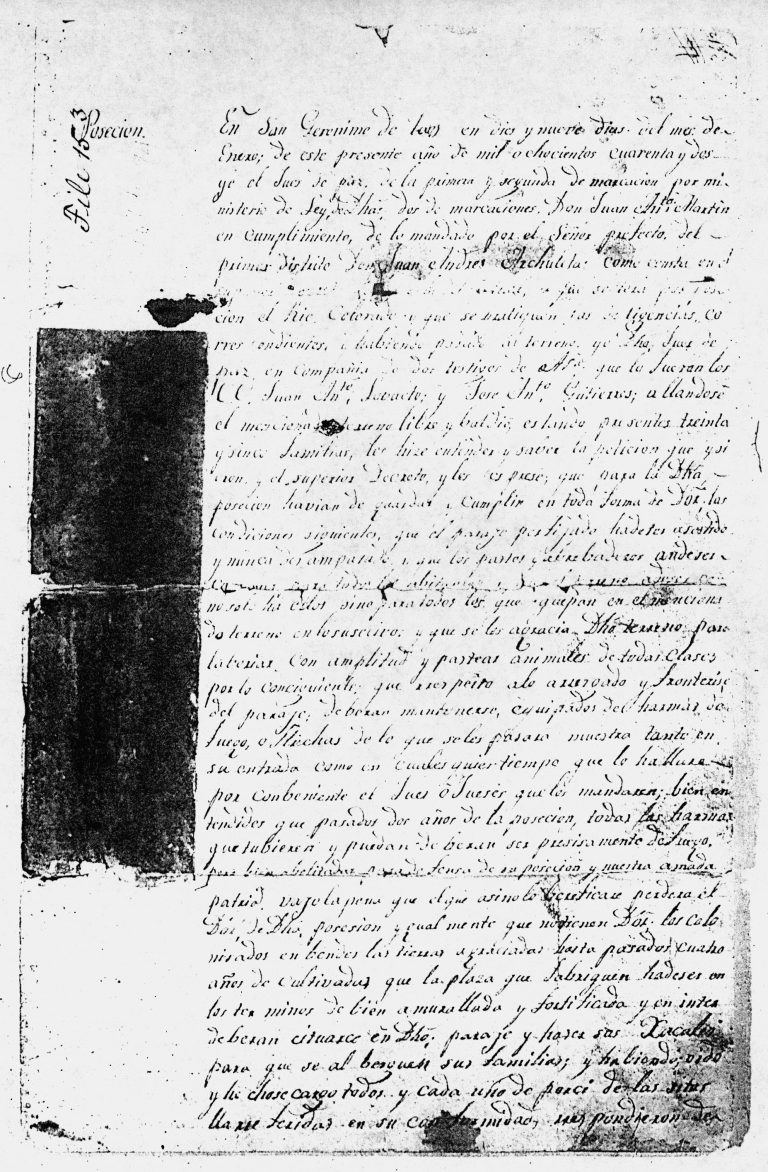 This project started quite appropriately over ditch business—Judy Cuddihy was installing a head gate and Esther Garcia, one of the ditch commissioners, came over to make sure it was being placed properly. In the course of conversation, Esther discovered that Judy was a professional editor and writer, and the topic of the history of Questa came up.

As it turned out, Tessie Ortega, Esther’s mom, was hoping to write a book about what she knew about Questa’s history and about life in Questa in the past. Her father J.P. Rael had been a history aficionado and, among other things, had written a poem that is arguably the first written version of the history of Questa.

Judy had also been interested in finding out more about this village and had already collected a fair amount of historical material about the area. So we all agreed to work together on this project and produce a book that told what was known about this village, both in the historical record and from oral histories.

Early on it was obvious that the written record would have to be pursued diligently and persistently and every little bit about Questa (or San Antonio del Rio Colorado, or Rio Colordao, as it was earlier known) would have to be collected and fit into the larger picture of history in northern New Mexico. As well, the things that constituted life in Questa throughout the years—music, life at home, food, fiestas, religion, and so forth— had to be collected.

We essentially drew the line at the date of the incorporation of the village in 1964, although one event beyond that limit is included for the sake of symmetry. No attempt has been made to include genealogical data. Some Questa families are pursuing this avenue; for example, the Gomez family has already published a genealogy of their family in Questa and the Rael family has assembled their genealogy.

We have had a wonderful time working on this project. We’ve laughed a lot and spent many hours in archives tracking down just one last detail; we’ve been dizzied by scanning through rolls of microfilm and exhilarated by finding out something entirely new about our village.

Much of the oral history information has been provided by Tessie and by J.P. Rael’s papers; Tessie has also provided her recollections of life and customs in Questa during the first half of the 20th century as well as some of her treasured recipes for traditional foods.

Judy has tracked down the written record in local, state, and federal archives and has constructed a history based on these records. She also investigated the visual record and found a rich trove of WPA photos made in Questa in the Library of Congress, as well as maps and other historical items.

Another Time in This Place is not the entire story of Questa, but it is a beginning. There is much more information available in public records, particularly at the New Mexico State Records Center and Archives in Santa Fe, providing ripe topics for academic theses. There is also much more information available in the community, particularly in family histories.

We hope that others in Questa will collect their own stories and make them available to the community. The rich history of this little village is in many ways a microcosm of the unique history of the Southwest.

This should be a source of great community pride and, beyond that, provide ideas for furthering the development of this village. There are also many lessons to be learned—of faith, perseverance, and the value of community—that still pertain to life in the 21st century.